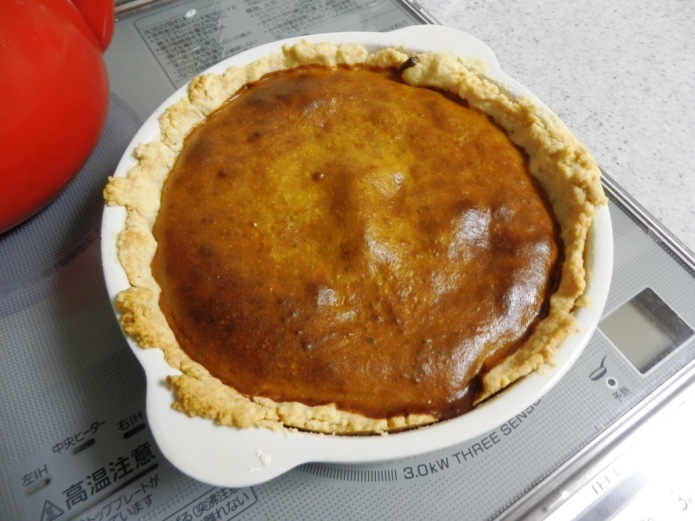 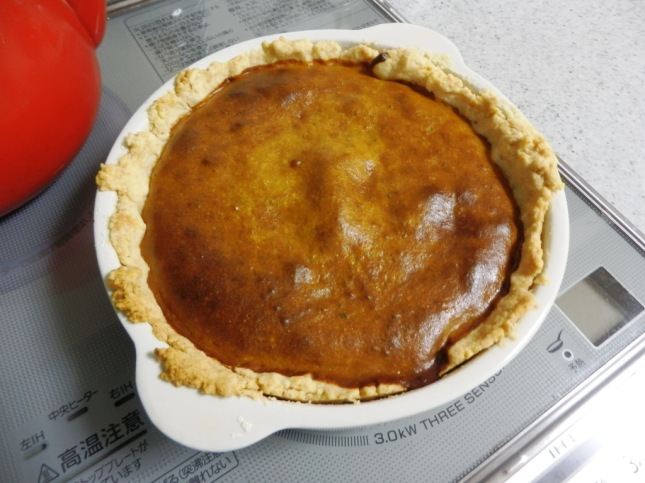 March 14th was Pi Day. π, not pie. For the last three years I have not remembered until I read someone’s recap in the late evening and could not participate. Confession: I just realized this year it is pi day because the date is 3.14. How could I forget when it happens? It’s also White Day in Japan. Luckily I saw a Facebook update in the morning and had time to bake a pie to celebrate. I also got to try out the little coconut mild powder packets I recently spotted at the supermarket. This solves a dilemma I used to have. I don’t really cook with coconut milk so whenever I but a can pack of powder it is usually for a purpose that only uses a bit of it. Now no waste as the pack is only 18g. Anyway, back to the pie. It was fabulous. I used my usual pumpkin/kabocha pie recipe and crust and just made a couple of changes. I used coconut oil in the crust because the lovely Soness gave me a big tub of it. I don’t think that really changed the flavour of the crust so regular cooking oil as per the recipe will still be great. 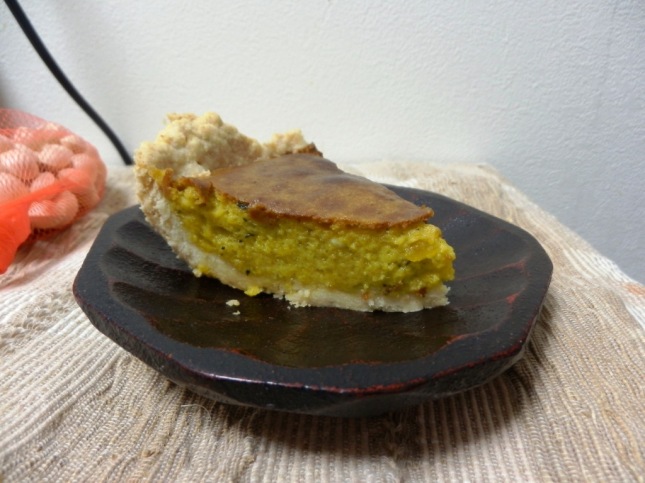 1/4 cup kabocha squash, cook and puree (you can peel or not peel it)

Whisk everything together until smooth.  Bake in your favorite pie crust for ten minutes at 220C and then turn the oven down to 160C and bake for 40-60 minutes more.  Cool before serving.

This is the only package of coconut milk powder (or any coconut product for that matter) in Japan that I have seen without English on it. This one was in the curry section while canned coconut milk was in the Asian food section. It’s made by S&B, the company that makes those red cans of curry powder. 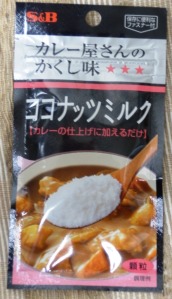 This is called rennyuu (れんにゅう 練乳) in Japanese and is mainly sold for strawberries. I have seen it in many different locations in supermarkets, sometimes right by the strawberries. Probably best to ask as it will probably be on the top shelf in a seemingly random place. Image source.

One thought on “Coconut Kabocha Pie”