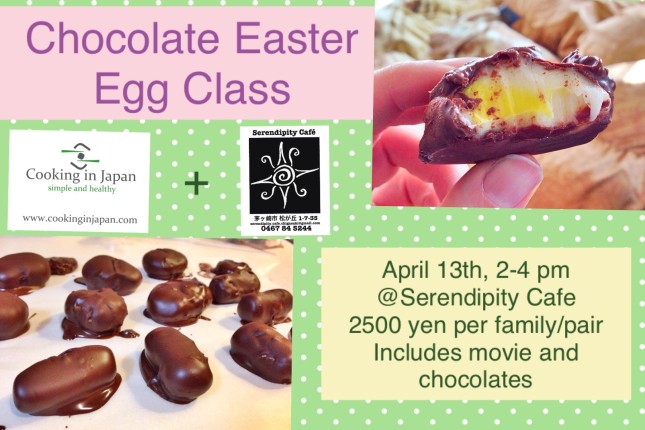 One of the biggest hardships of living in Japan is the complete and utter lack of Cadbury Cream Eggs. I kid you not. Getting one or two in the mail from a family member is a big deal. This year I finally gave a homemade version a shot and was very pleased with the results. By pleased, I mean I ate the entire batch within 24 hours… It’s time to spread the love in the form of a Easter egg cooking class.

This will be a family affair. The definition of family also includes friends (no more than two adults please). Each family will make the same amount of eggs so you can divide them as you wish. END_OF_DOCUMENT_TOKEN_TO_BE_REPLACED

I almost didn’t celebrate Pi Day this year. This morning I was supposed to be at a graduation ceremony at my son’s school but he’s home with the flu. I ended up making some festive goodies. 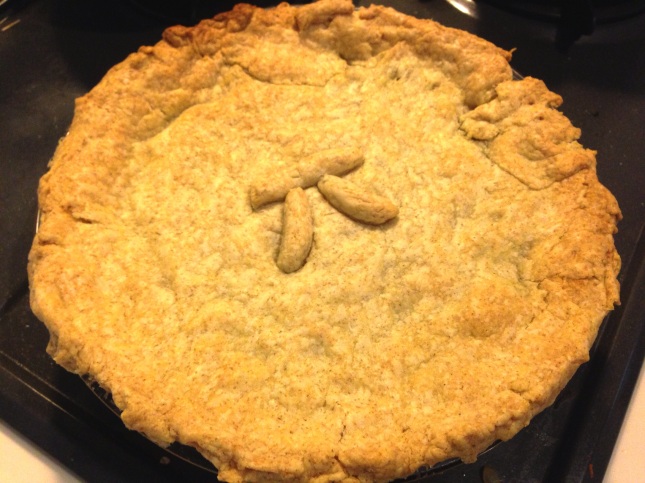 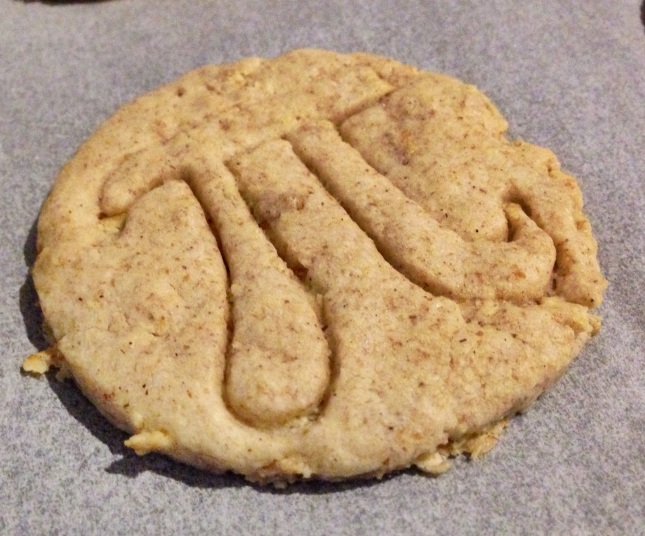 Did you make anything special for Pi Day? 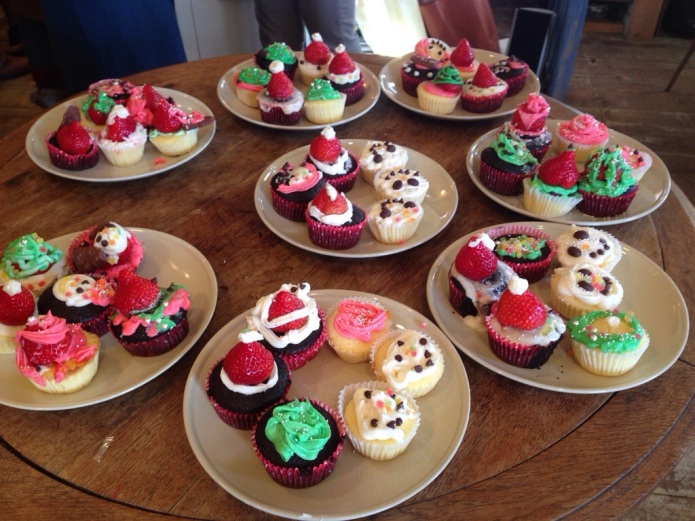 I had a great time at my cupcake event on Sunday. The kids had a great time – especially when decorating. They unleashed their creative sides, as you can see from the pictures above. Most of those were done by the children. I showed them print outs of a couple of designs like a Santa hat, a snowman and a Christmas tree, and then let them go free. 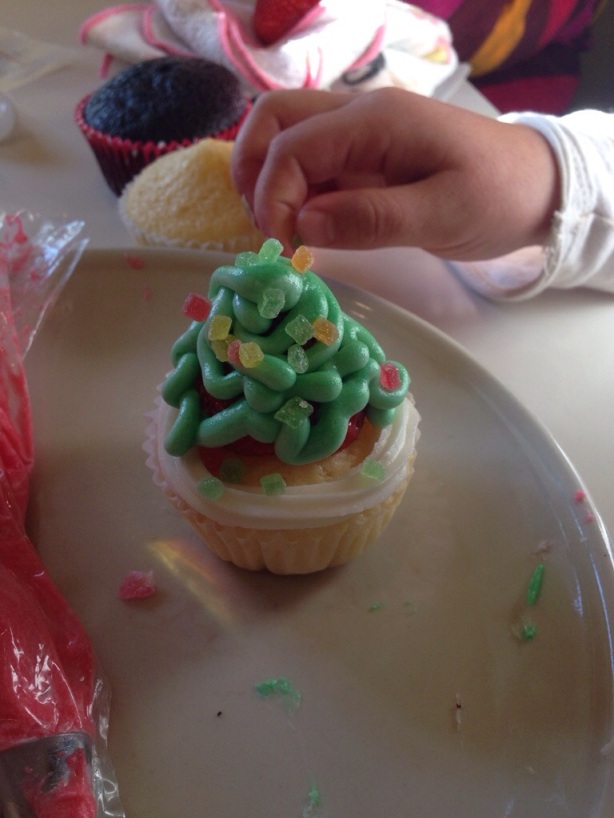 This is the most notable design, done by a girl who looked no more than eight.

The mothers requested I do more events in the future so it looks like there will be more family events on the horizon.

I’d love to hear from you. What kind of classes would you like to see me put on? Please leave a comment below with your suggestion. 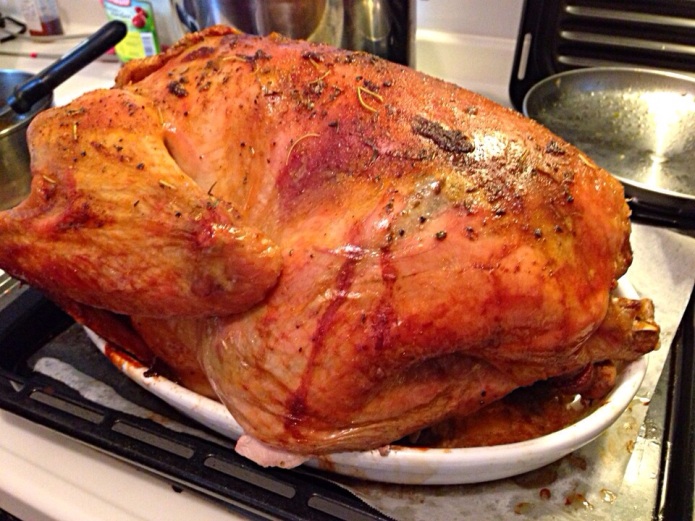 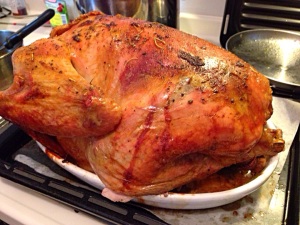 American Thanksgiving is next week and Christmas is in a month so I thought I would repost this information from last year for my new readers.

For the first couple of Thanksgivings and Christmases it didn’t even occur to me to miss turkey. All of a sudden, about a week before my third Christmas here, I felt I had to roast a turkey. Since rarely went out of my way to get food that wasn’t sold in the local supermarket, I had no idea where to look. I was in Shinjuku that evening so I decided to pop into the basement of Isetan and check out the meat shop. I was lucky. They happened to have these tiny one and two kilogram turkeys for 3500 yen and 5000 yen respectively. They were imported from France. Not knowing where else to look, I bought one of the little ones and took it home. It was the best turkey I had ever had and worth the price. Thanksgiving the next year was a bit more of a challenge because while turkeys aren’t hard to find around American Thanksgiving Day in November, Canadian Thanksgiving Day is a full month earlier. Luckily Nissin had one the right size.

The next Christmas I happened upon one in the supermarket in the Meguro station the day before I was going to go off in search of one. Lucky. Eventually I learned about The Meat Guy and that solved all of my problems. You can order a couple months in advance and have it delivered the day you would have taken it out of the freezer so you don’t have to worry about freezer space.

The second easiest option is to ask at your local supermarket. They might be able to order one for you. This will likely have to be done in Japanese but at least you won’t have to travel far if you don’t want to pay for shipping.

Where to find turkeys in Tokyo

How to find a turkey on the internet in Japan

Note: if you have an average (read tiny) sized microwave/oven you will probably want to go for a 1-2kg bird but be sure to measure the inside of your oven to check. I now have a 30L oven and find a 5kg is a great size. 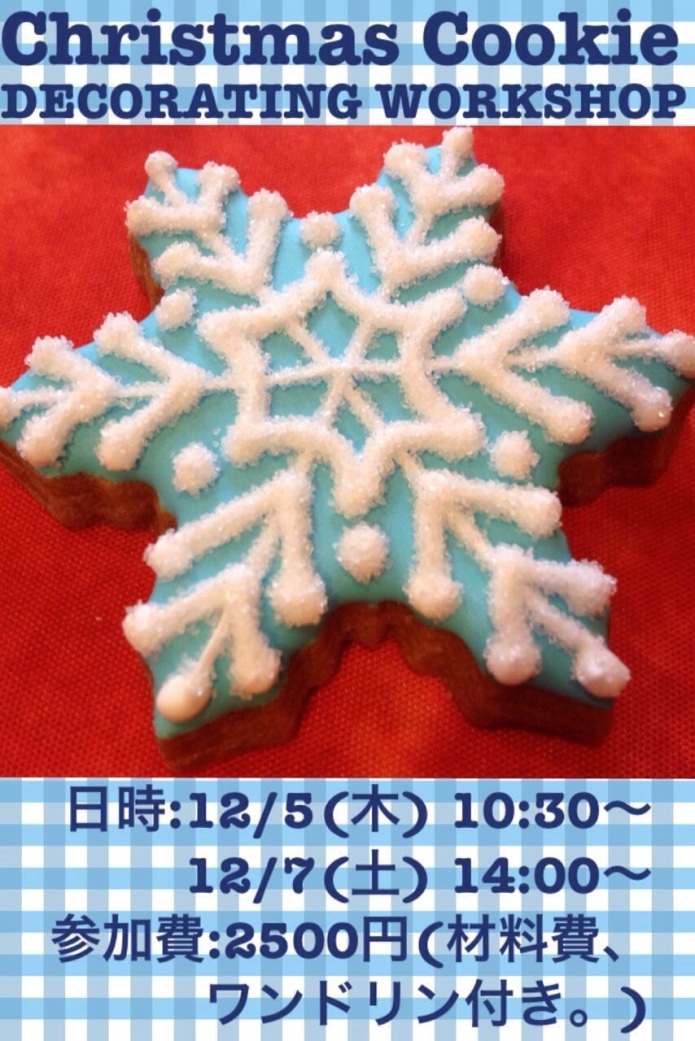 I logged into Facebook yesterday to discover two Christmas workshops, in addition to my own, happening right near my old house in Chigasaki.

First up, as a reminder, my Christmas Cupcake Family Afternoon on December 1st at Serendipity Cafe. (Japanese details on their site). If you would like to join, please head here to the Facebook event and RSVP. Maximum of six families. As of right now there is only one spot left. 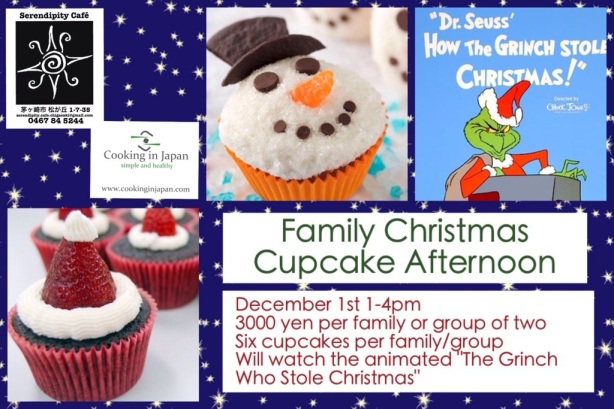 Second up is a Christmas Cooking decorating workshop at Serendipity Cafe on December 5th and 7th. For more information, comment on their blog post in the link above. 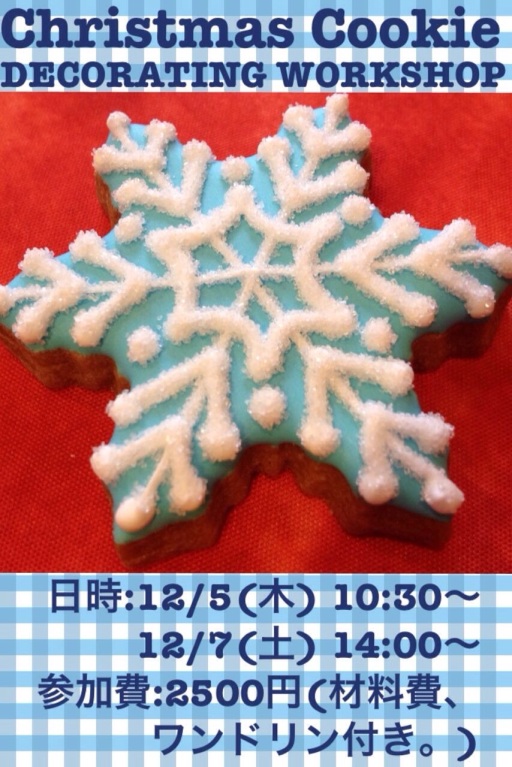 And third up is a Balloon Christmas tree workshop at Bunchkins English Playroom on December 4th. What a creative way to use balloons. Contact the email address in the picture below for more information. 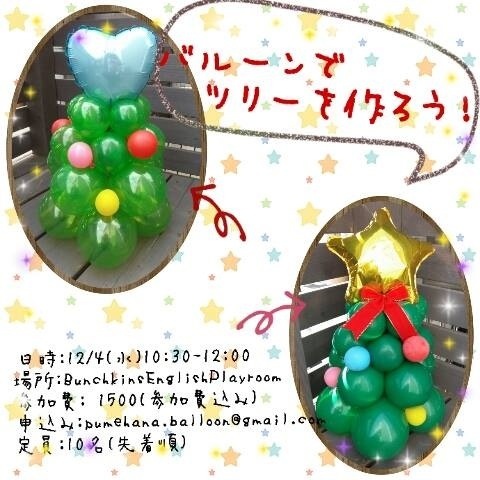